How to get to JSConf EU and CSSconf EU 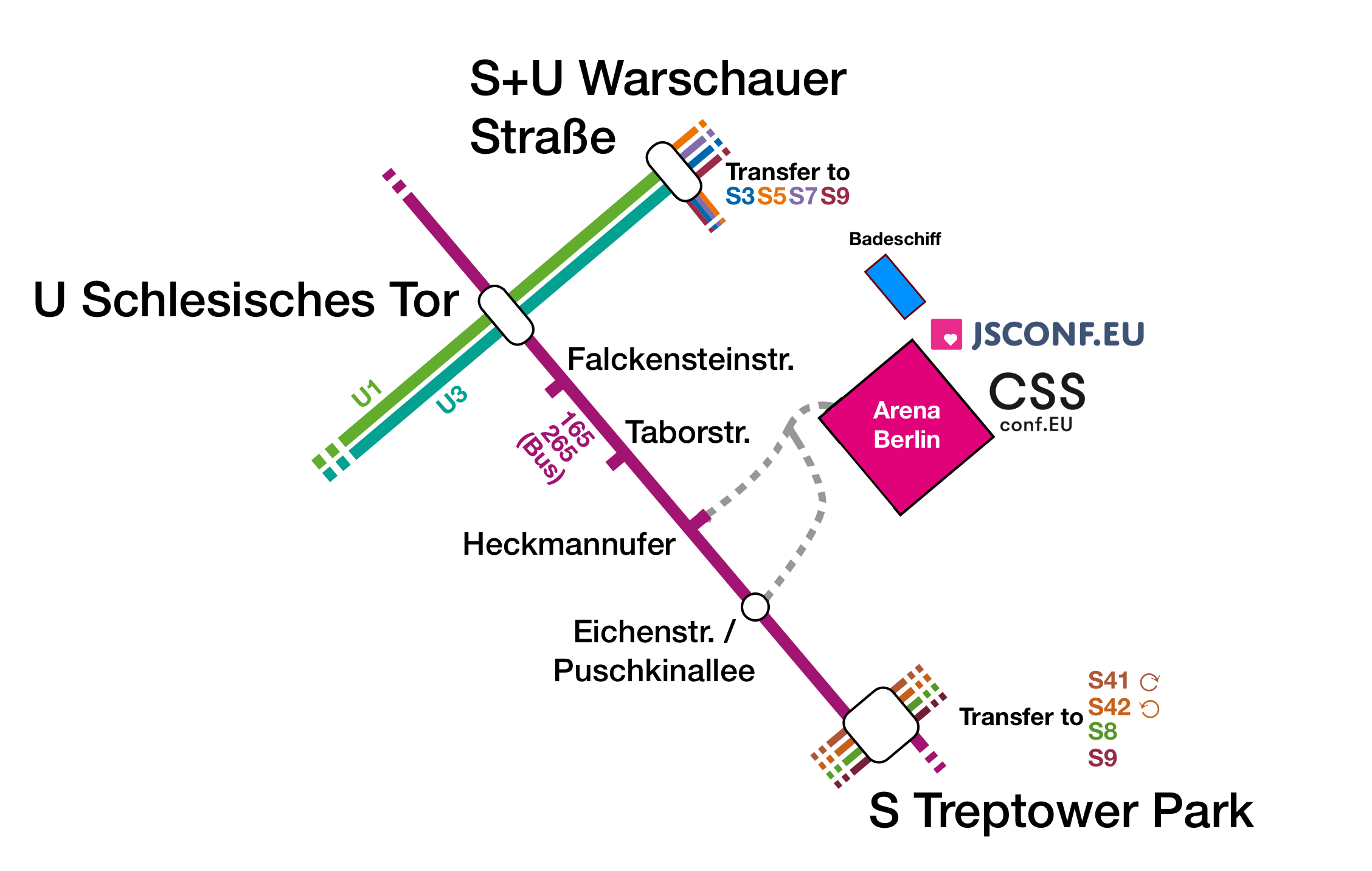 So, you’ve just arrived in Berlin, and you’re looking forward to attending JSConf EU and/or CSSconf EU! But you’ve never been in Berlin, and although you know how to buy a public transport ticket, you’re not really sure how to get to Arena, either via foot or with trains/buses/trams. No worries! We’ve got directions for every which way.

The closest public transport station to Arena Berlin, the conference venue, is a bus station called Eichenstr./Puschkinallee. This station is served by two lines that, for your purposes, run along the exact same route, namely the 165 and 265 lines. This bus station looks like this: 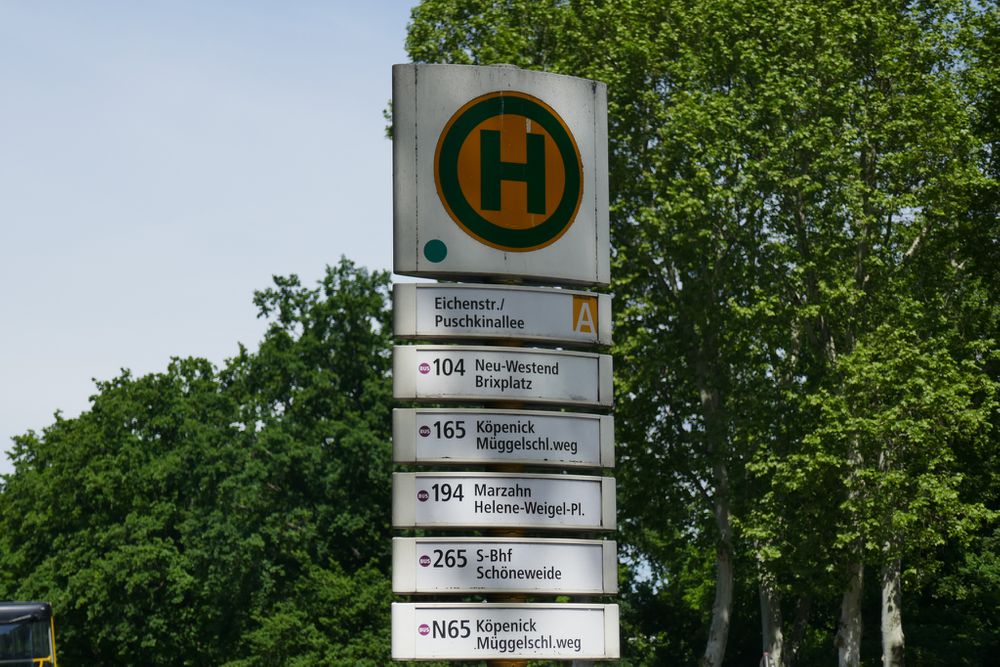 From here, the Arena is nestled away in a little side road, which you can see marked on this picture: 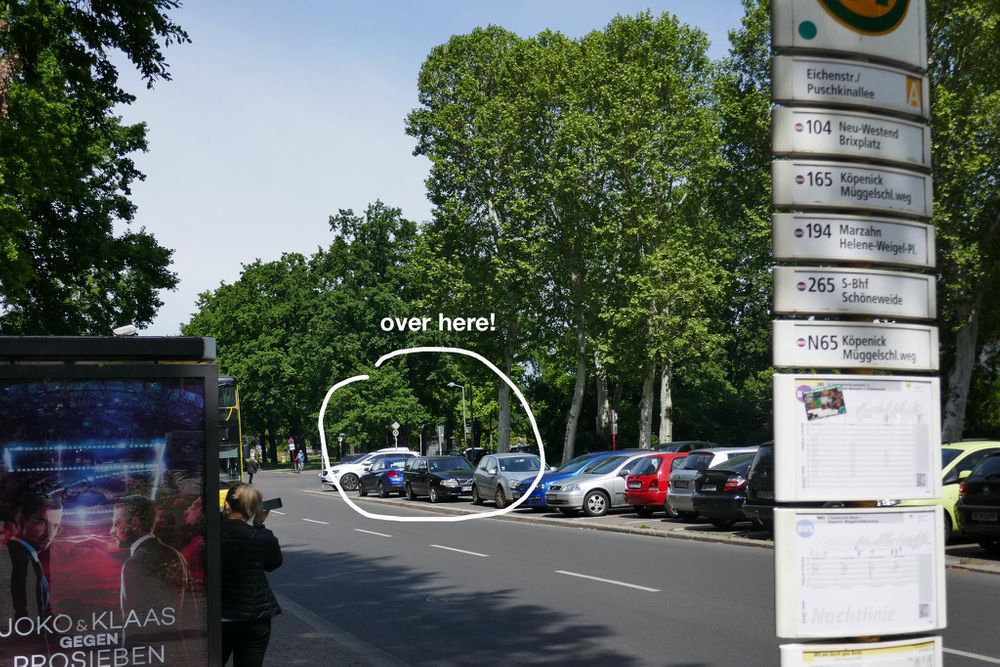 As you get to that road, there’s even signage: 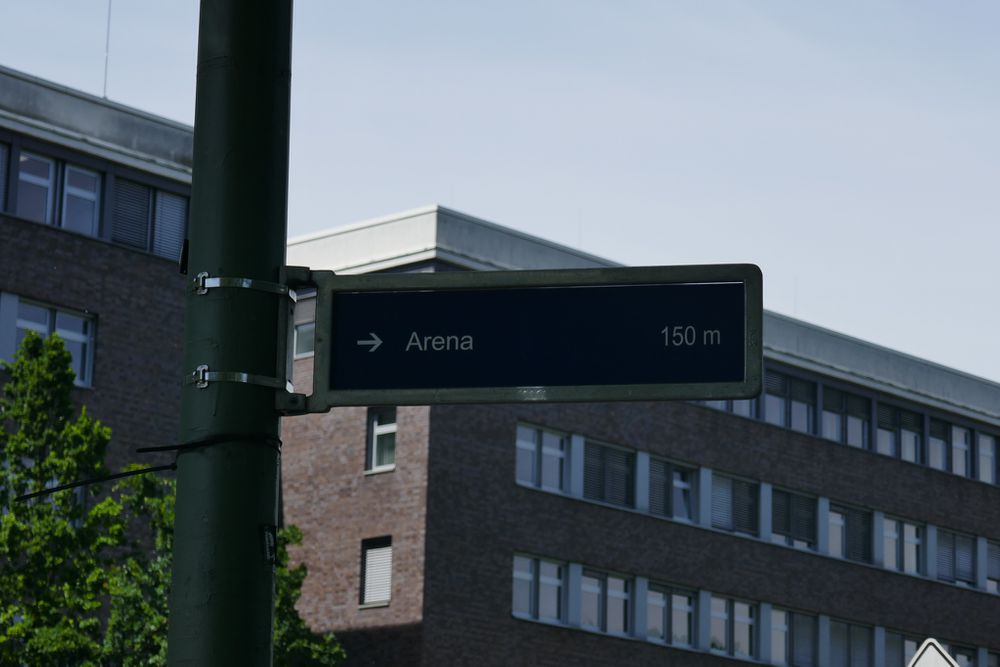 Follow that road, and you’ll eventually see the building. It has “arena” posted to it in big red letters. Below the letters is a sign, take a left here: 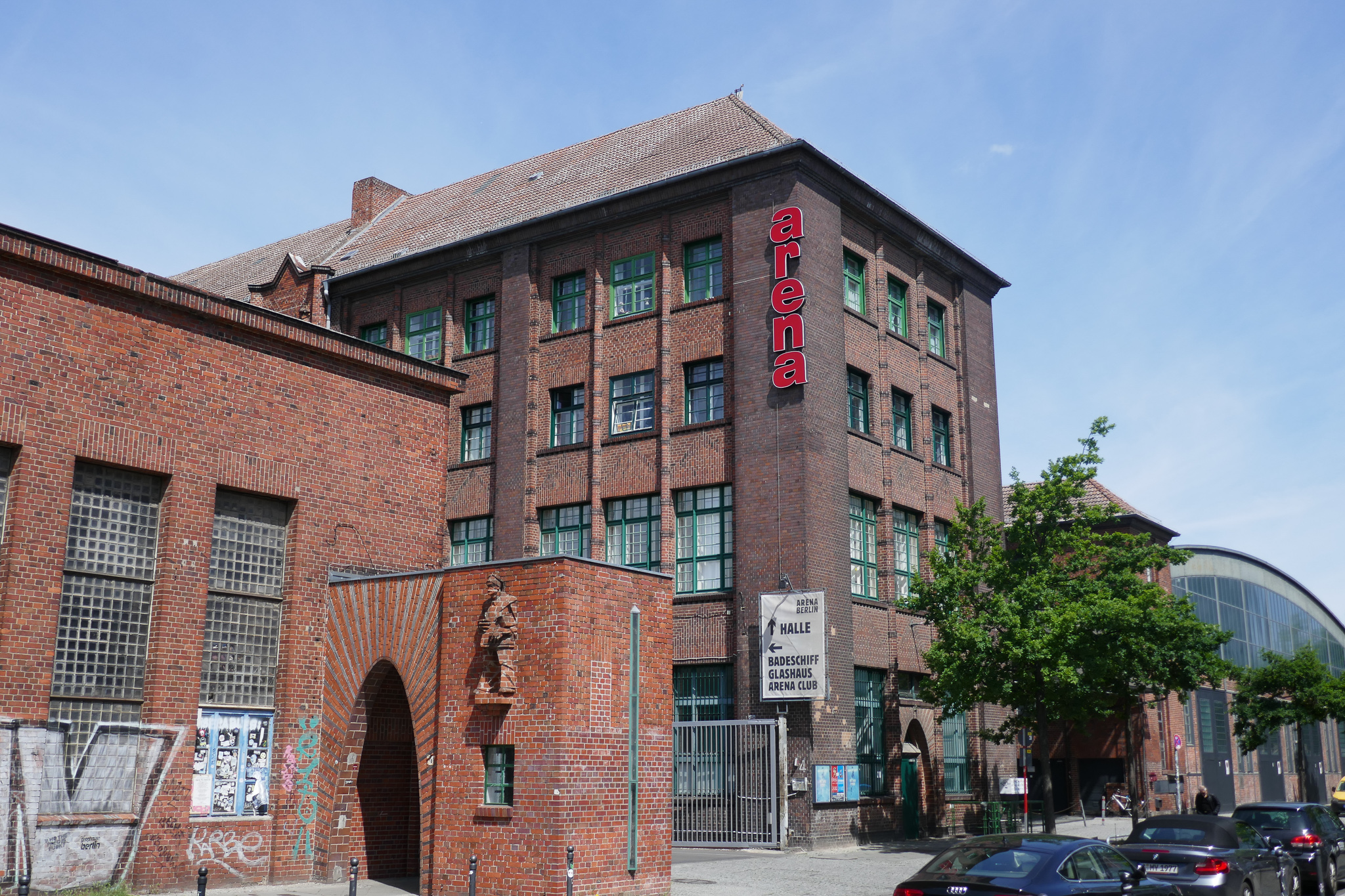 From here on out, we have our own signage that’ll lead you directly to the entrance!

If you’re walking from U Schlesisches Tor, you may find it easier to take a left when you see the “Festsaal Kreuzberg” sign. From there, follow the old tram rails and you’ll arrive right by the entrance! 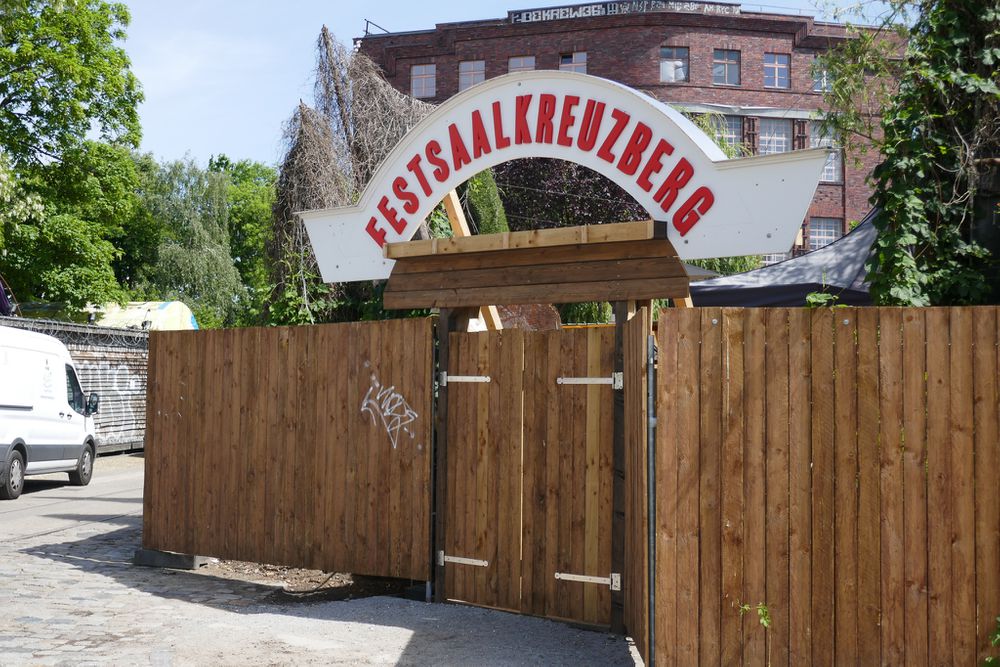 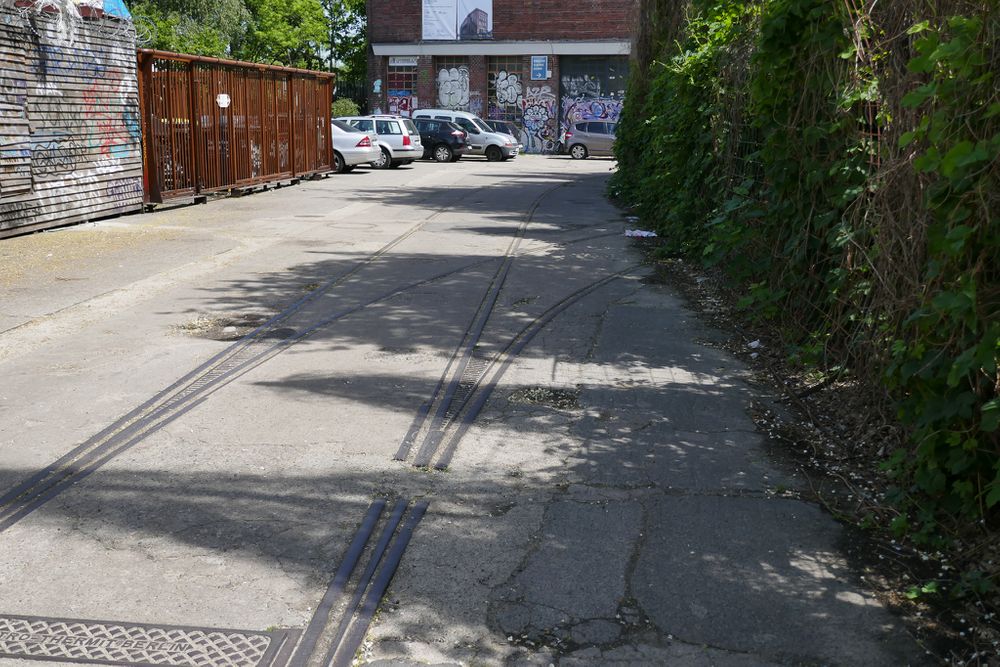 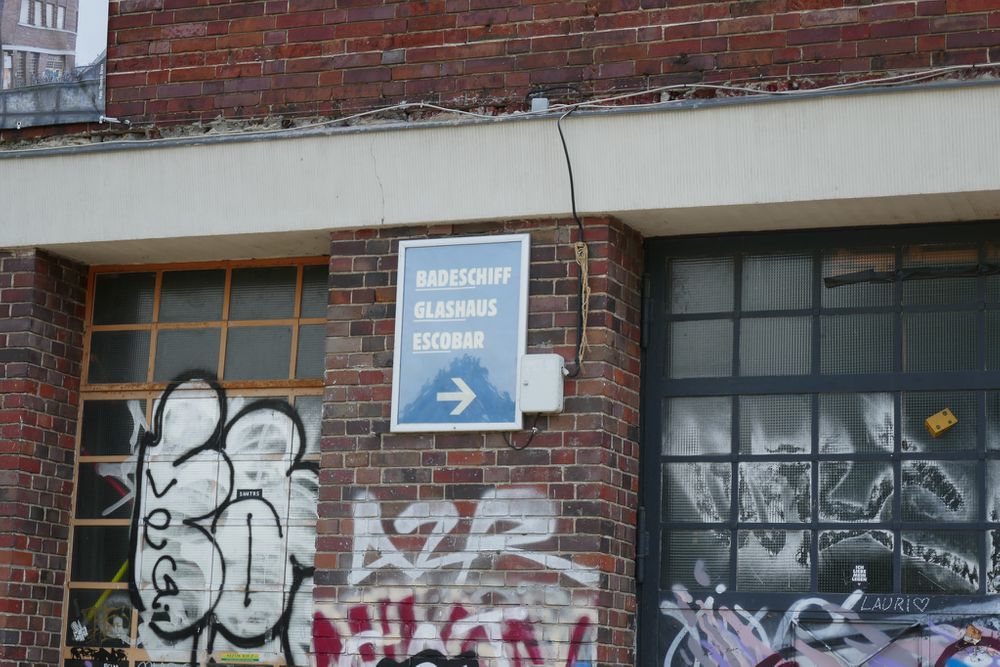 The closest U-Bahn (Subway) station is U Schlesisches Tor. It’s serviced by the U1 and U3 lines, which both go into central Kreuzberg and Charlottenburg. From arriving at the station, you can take the aforementioned bus lines. The bus stop is on the left hand side when you exit the station, as marked here: 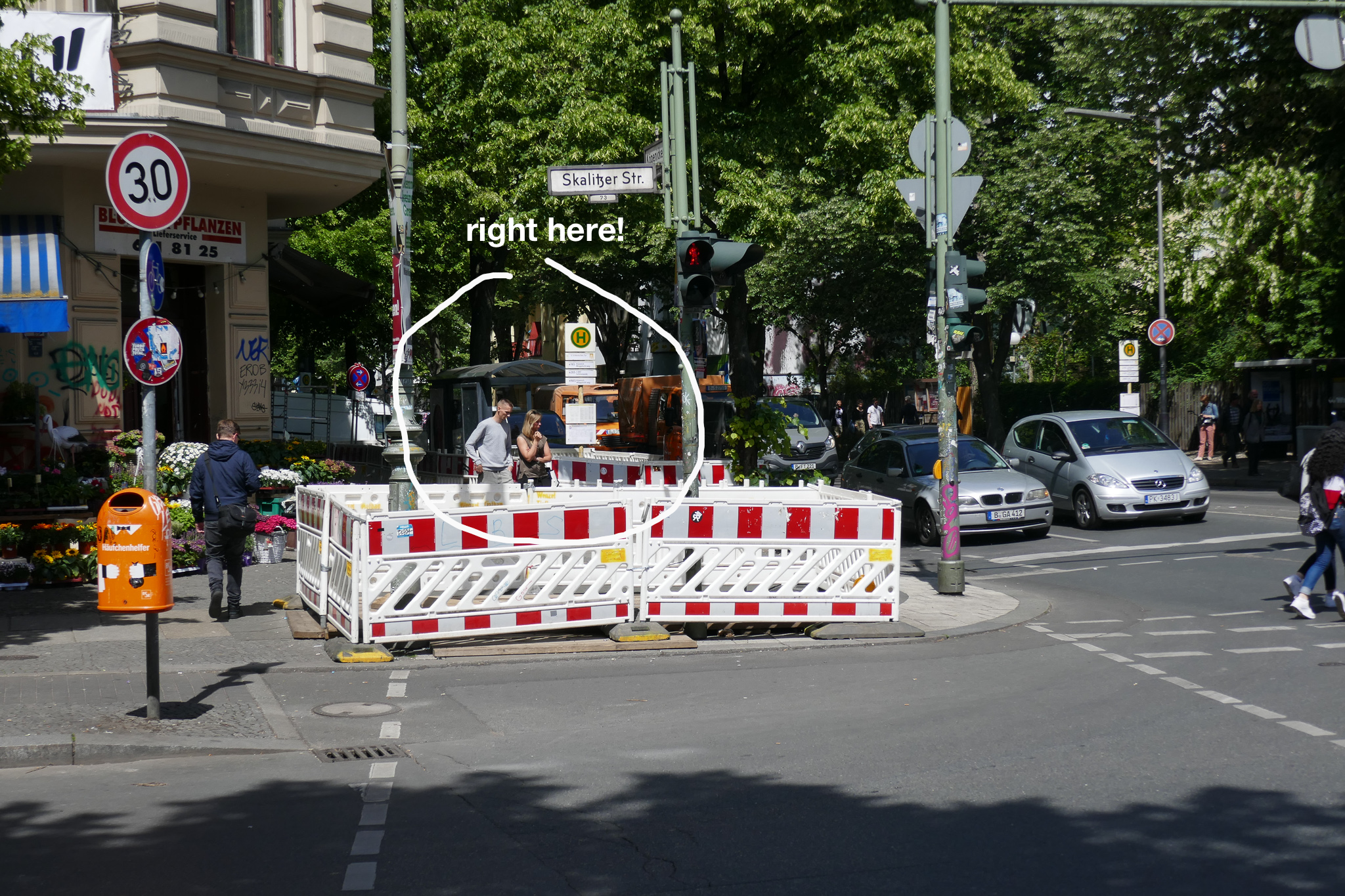 If you want to, you can also walk down to the right, which will eventually get you to the “Festsaal Kreuzberg” entrance mentioned above (that’s on the left hand side after you cross a small bridge).

The closest S-Bahn (commuter rail) station is S Treptower Park. It’s serviced by the two Ring (S41, S42) lines which circle around the city centre, as well as by a line that goes into the centre directly (S9). From here, you’ll want to take the front exit located at the very end of the platform: 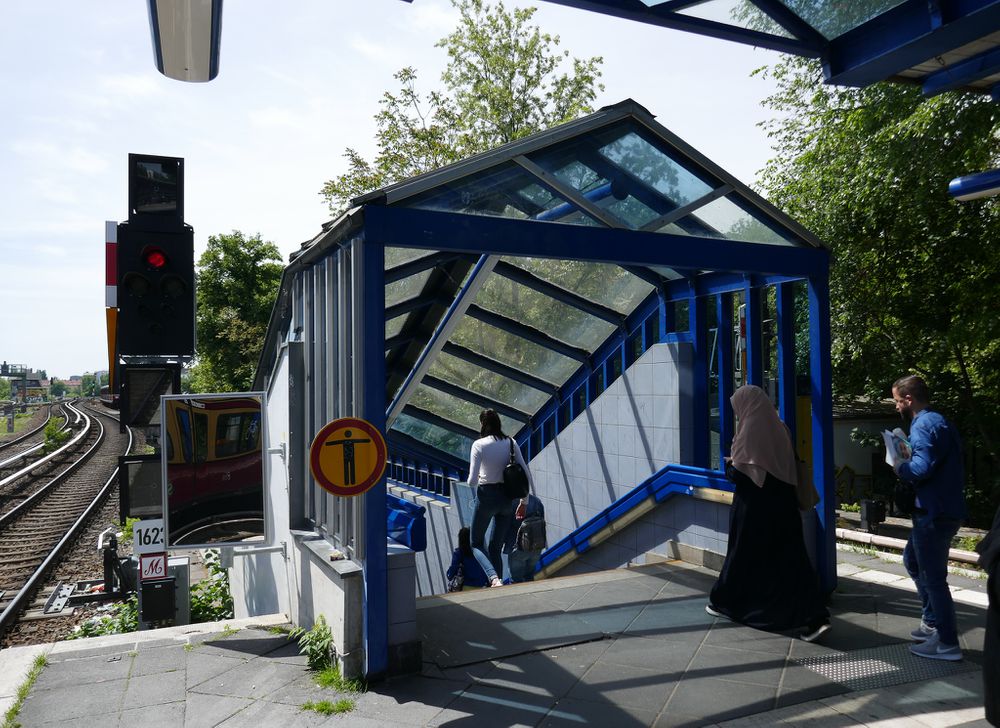 Down the stairs, head right after exiting, turn left and you’ll see another navigational sign: 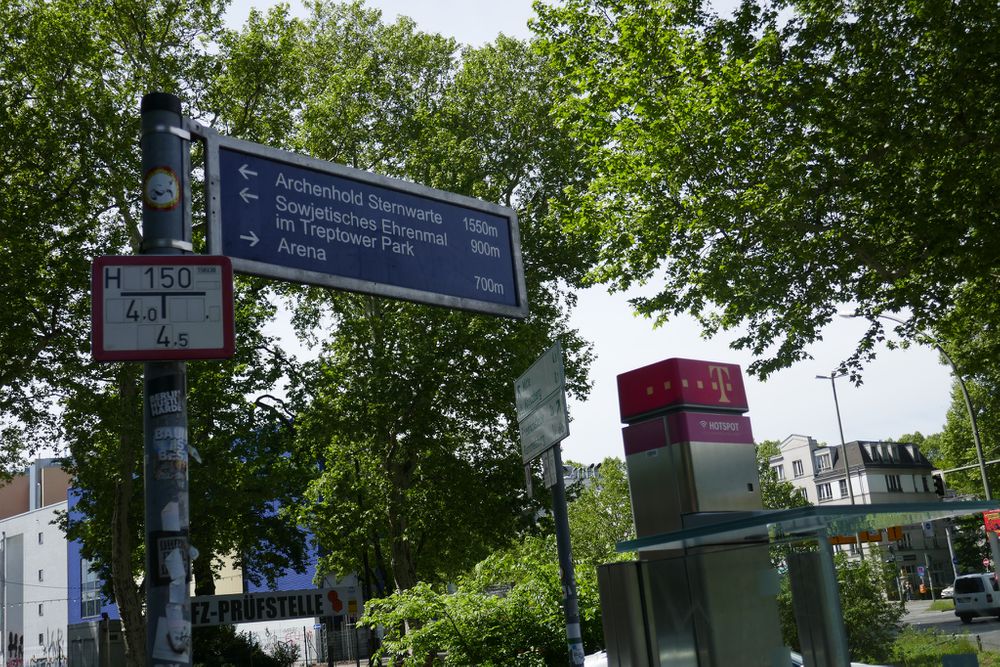 Head in that direction, crossing the street, and you’ll arrive at a bus station served by the two bus lines that take you directly to the closest bus station. You can wait for the bus if you’d like, but from here on out, it’s a straight ~5 minute walk until the street where the Arena is at. Just keep going and you’ll get to the Eichenstraße entrance eventually. 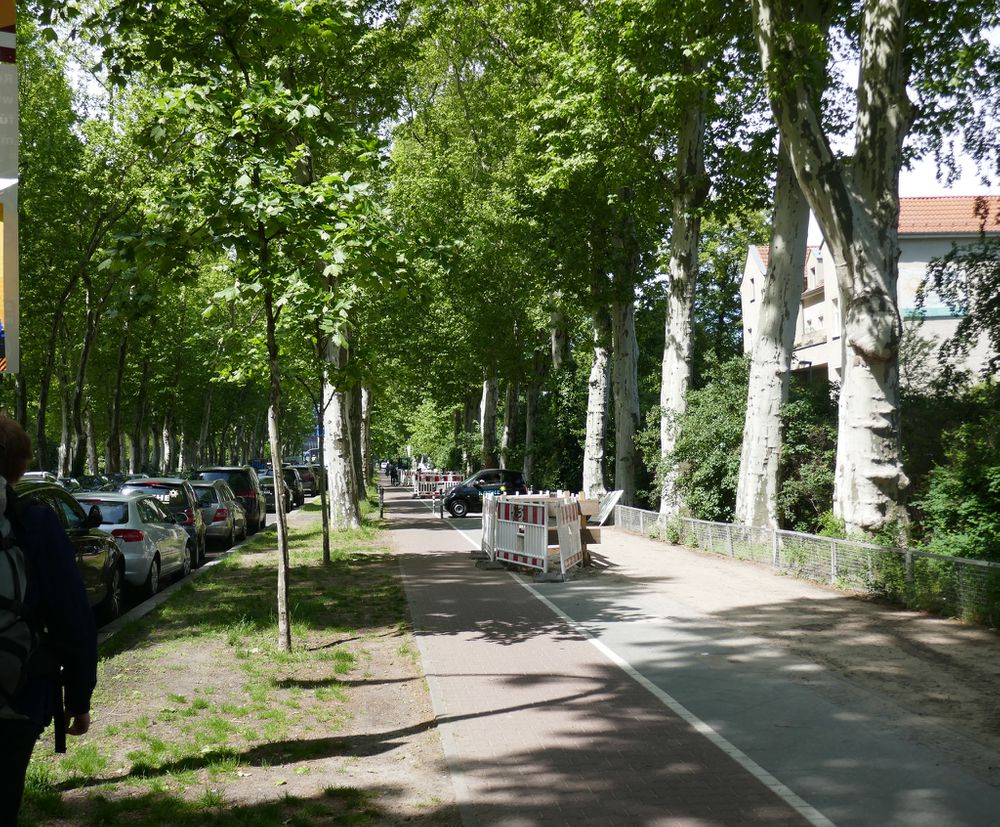 If you get lost in the huge maze of bus, train, subway, tram and ferry lines that constitute Berlin’s public transport, you might want to download a navigation app like Citymapper. If nothing else, Google Maps does the job, too.

We hope you have a safe trip and we’ll see you next Friday, Saturday and Sunday!